Sexual abuse of children in the Muslim community

in Family, Living Islam
Reading Time: 4 mins read
A A

Dr ESHAAM PALMER, in the first of a two-part series, deals with the prevalence and seriousness of the sexual abuse of children and adolescents in the Muslim community.

CHILDREN are our future and thus they deserve special protection from adults. Every child is someone’s child; every child has feelings that can be hurt; every child can experience pain and humiliation; every child needs to feel safe and loved.

The Prophet (SAW) said that children were weak and vulnerable and in need of greater care, and thus he encouraged people to be exceedingly merciful and kind to them. He (SAW) loved children and played with them, and never in his entire life did he harm or hurt a child.

Children used to run to him and he would lift them up and flip them over, enjoying their laughter and happiness. He (SAW) would stroke their heads with his hand, which would make them feel his compassion and tenderness.

Children would receive gifts from him (SAW) and he (SAW) would pass his blessed hand over their cheeks tenderly and kiss them.

It is the state’s responsibility to ensure that the rights of children and adolescents are safeguarded. These rights are to be found in the Constitution of South Africa and the Universal Declaration of Human Rights. The Optimus Study conducted by a group consisting of all the major child protection organisations in South Africa in 2016, shows shocking statistics that sexual abuse of children and adolescents is widespread: 36,8 per cent of boys and 33,9 per cent of girls have reported sexual abuse.

Overall, 35,4 per cent, one in every three adolescents, reported having experienced some form of sexual abuse at some point in their lives.

According to the SAPS, there were 24 387 sexual offences against children during the period 2018/19, amounting to 67 cases a day, or three cases every hour.

The cases that are reported are just the tip of the iceberg as the overwhelming majority of incidents go unreported.

The sexual abuse of children and adolescents is one of the most underreported crimes, and while there are a number of reasons for this phenomenon, one of the main reasons is that the abuser and the abuse survivor are often in a close relationship.

It is rare that a stranger commits this act, and it is more commonly committed by family members, friends of the family, teachers, ‘clergy’ of all religions and other persons being in loco parentis.

‘In loco parentis’ is a legal doctrine holding that educators in schools or nursery schools, and babysitters or ‘nannies’ assume custody of children because they are deprived of protection from their parents or guardians.

Sexual abuse of a child or adolescent is an exercise of power by the abuser to subdue and dominate the abuse survivor in order to satisfy his or her deviant sexual desires. Abusers come from backgrounds ranging from menial workers to intellectuals and are mainly male but females can also be abusers.

In some instances, the parents of the abuse survivor may be aware of the abuse but do not address the matter as perhaps the mother herself is being abused by the abuser or is financially reliant on him.

Acts of sexual abuse can range from grooming and ‘talking dirty’ to touching, kissing and penetration. Sexual abuse causes both physical and mental trauma, which may last for the lifetime of the abuse survivor and deprive her or him of a normal life.

However, one should not become paranoid about sexual abusers as most men (and women) do not sexually abuse children or adolescents.

Sexual abuse may also lead to violence as the family members or friends of the abuse survivor may take reciprocal violent action against the abuser.

On the other hand, sexual abuse of children and adolescents is often accompanied by an element of physical or psychological violence to limit or eliminate resistance by the abuse survivor.

In terms of the South African criminal justice system, sexual abuse of children and adolescents are serious crimes, and abusers could face life imprisonment in serious cases. The percentage of convictions is low as these crimes are generally not reported to the authorities.

Further dangers that abuse survivors may suffer from the abuse is losing their virginity or becoming infected with HIV/ AIDS or a sexually transmitted disease.

The courts are now better equipped to deal with these crimes, and abuse survivors are not required to face their abusers as they can give evidence by video and be assisted by a counsellor.

Sex abusers also prey on children or adolescents who have a disability, like having an intellectual disability, or having a sight or speech impediment. Such disabilities exacerbate the seriousness of the crime as the abuse survivors are less able to defend themselves or understand what is happening to them.

South Africa has the unenviable reputation of having the highest number of child rapes in the world.

The Tears Foundation and the Medical Research Council state that 50 per cent of South Africa’s children will be abused (including sexual abuse) before the age of 18. Sexual abuse can be forced, pressured, coerced, unwanted, exploitative, non-contact or on-line.

PART TWO covers the issues from an Islamic perspective, how to avoid sexual abuse and what to do when one is abused sexually.

This article was first published in the December 2020 print edition of Muslim Views. 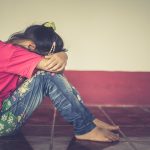 Featured image: According to the SAPS, there were 24 387 sexual offences against children during the period 2018/19, amounting to 67 cases a day, or three cases every hour. (Stock photograph 123RF.COM)

Perspectives on physical and mental health during Ramadaan

Standing in solidarity with Dr Sizer

The place of Cape Town in a burning South Africa

gender based violence COVID-19 Sanzaf Cassiem Khan Stellenbosch University Palestine Steve Biko Galiema Haron Eid-ul-Fitr Shaikh Seraj Imam Abdullah Haron NPA Imam Haron Eid-ul-Adha GBV
No Result
View All Result
We use cookies on our website to give you the most relevant experience by remembering your preferences and repeat visits. By clicking “Accept All”, you consent to the use of ALL the cookies. However, you may visit "Cookie Settings" to provide a controlled consent.
Cookie SettingsAccept All
Manage consent