Arafah: where the heart is by DR SALIM PARKER

in Hajj Stories
Reading Time: 5 mins read
A A

WILL I be ready for Hajj?’ he asked the surgeon. He was due for a heart bypass operation. Hajj was still four months away.

‘As long as you do not carry bags, you may be fit to go for Hajj,’ the specialist replied.

I was not witness to that interaction but I am certain that he was pleading, not merely asking. Hajj was in his blood, it was pulsating through his body and it embodied who he was.

I probably should have been more convincing when I tried to arrange an appointment for a heart evaluation about three months earlier. There were no real medical urgent indications then; it was in the festive season when virtually everyone was either on holiday or seeing emergency cases only. He could still climb onto his roof then, but then fell off it, bruising his left ribs – the ones protecting his heart.

When he subsequently had chest pain on the left side of his chest, he put it down to the fall and not his heart. Besides that, he was ready to depart for Umrah as the leader of a group of over one hundred strong.

As always, duty called and he faithfully travelled to Madinah to ensured that the group members were all accommodated in their hotels. It was there that the pain got intense and he was initially treated at the emergency hospital before being transferred to a world-class heart facility.

It was confirmed that he had suffered a heart attack, with some damage to the heart muscles. He underwent a procedure and was offered some top-notch interventions and rehabilitations. He refused. His reason? He had to see to his fellow travellers and ensure that they were all well. He was going to do it even at the expense of his own health.

There were many extremely competent other members of the group who felt honoured to assist the pilgrims but he felt that he was letting his team down and was reluctantly discharged from hospital once his condition was stable.

He departed for Makkah clad in his ihraam and completed his Umrah with some discomfort. He had not performed Hajj a few months earlier, the first time in decades that he had not stood on Arafah at the time of Wuqoof.

We’ll debate for an eternity why he had not been able to perform Hajj that year but what was evident was his realisation that life felt incomplete.

I could identify with the feeling as I missed one opportunity in seventeen years to assist the guests of Allah. The feeling of emptiness, of detachment, of knowing that you want to be on the plain of Arafah, helping the pilgrims instead of buying last minute groceries in Cape Town in preparation for Eid cannot be easily conveyed to the uninitiated.

It was then that I knew that it would take something extraordinary for me not to attempt to be part of the team assisting the hujjaaj on Hajj. I knew exactly how he felt and, knowing him, was acutely aware of what he was thinking. He was obsessing about returning to Arafah.

Upon returning from his Umrah trip, we immediately engaged the services of a specialist who assessed him and put stents in some of his blood vessels. He felt fine thereafter and immediately immersed himself in preparing a group for Hajj.

When he called me about having chest pain, alarm bells started ringing. It was unusual for him, a stoic, non-complaining person, to call about pain. I visited him and, after consultation with his heart specialist, decided to give him a trial of medication.

When I called him an hour later, his wife indicated that he still had pain. Of even more significance was the fact that he did not object to my suggestion that we should hospitalise him as we did not want to take any chances.

He had stomach problems, diabetes, asthma and the previous rib injury, all of which complicated an accurate diagnosis. A blood test revealed that another heart attack might be evolving and he was immediately commenced on the appropriate treatment.

It was now evident that surgery was his only option and this was what led to his considerable anxiety. He did not want to miss Hajj for a second successive year! He did however, this time, acknowledge that his life was more important than his wishes and desires, and agreed to the surgery.

I had a chat to him the evening before his procedure and reassured him of the competence of the team that was looking after him. Many, on social platforms, on radio stations, made duah that Allah would guide the hands of the surgeon and bestow wisdom on the treating team.

The operation progressed uneventfully and, three days later, he was already slowly walking in the ward. The operation had taken its toll on him physically but he was doing remarkably well, considering his associated medical problems.

The human physical body is a remarkable creation. It has a wonderful ability to heal and literally reteach itself former functions. It, however, takes time.

A broken bone, despite modern technologies, takes a minimum time to heal. An open wound takes a certain time to properly close up, and our interventions speed it up only to a certain extent.

There are, however, other factors that assist immensely. Faith, duah, resolve and a clarity of purpose are known motivators for speeding up recovery.

He still had plenty of time to not only fully recover from the operation but to even increase his previous strengths. I thought about one of my previously overweight, sedentary patient who, after having stents put in following a heart attack, now runs half-marathons.

Another has discovered the enjoyment and health benefits of surfing only in his sixties after many decades of not even dreaming of swimming!

‘You are going to be fit by the time Hajj arrives,’ I reassured him when I visited him. I instinctively knew what went through his mind. Would he be a benefit for the hundreds of pilgrims he was going to accompany? Was he going to be an asset to the group?

It is difficult to convince someone who has just had a major life saving and life changing operation that he will be perfectly fine. He had already stopped smoking a few months earlier. He had committed to a more prudent diet. His frame of mind was right. And he had a motivation.

If he but accepted what all others knew, he would have had no doubts. There were many who would lobby hard for his presence in the Holy Lands.

Even I would willingly be of those who would exchange places to ensure that someone who would be of infinite benefit to our hujjaaj is allowed the grace of being present on the plain of Arafah once more. 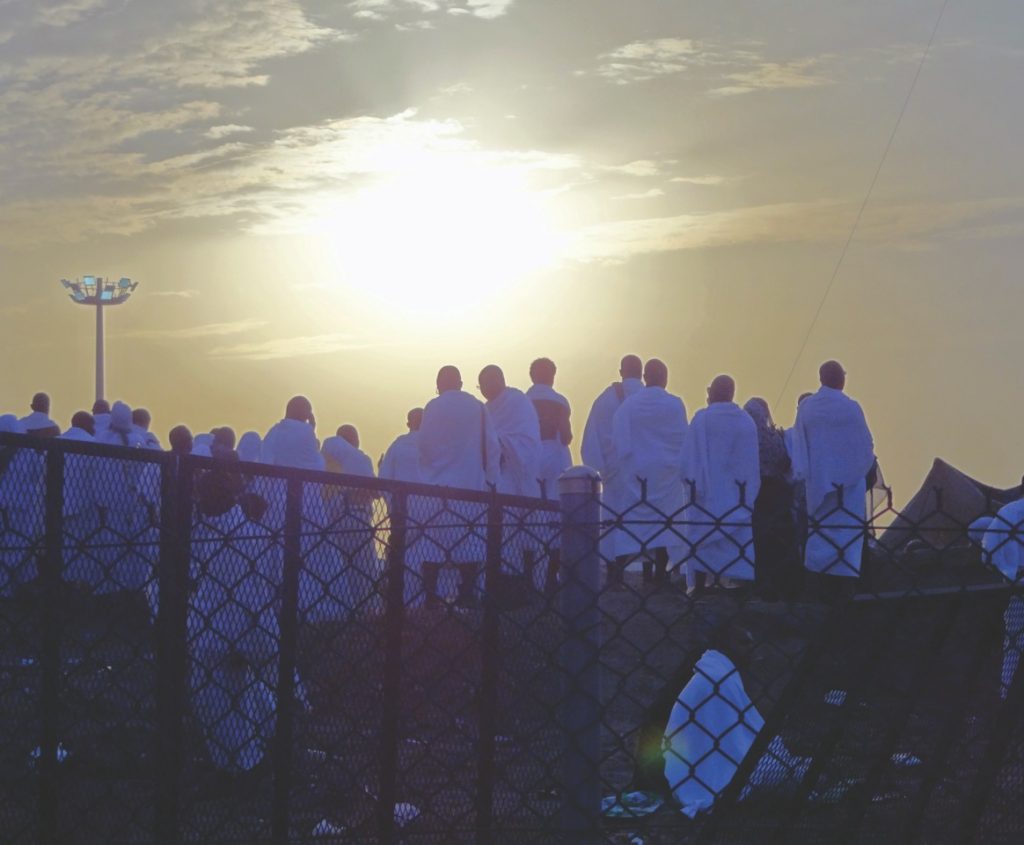 Born into revolution: reflections on a radical teacher’s life

Call to support historic Cape Accord

Stories from the Hijaz The keys to Allah’s House

Arafah: where the heart is by DR SALIM PARKER

Call to support historic Cape Accord

COVID-19 Imam Haron GBV Eid-ul-Fitr Prophet Muhammad Stellenbosch University sexual abuse Sanzaf NPA gender based violence Steve Biko Sulaiman Nordien Palestine Seraj Hendricks Shaikh Seraj
No Result
View All Result
We use cookies on our website to give you the most relevant experience by remembering your preferences and repeat visits. By clicking “Accept All”, you consent to the use of ALL the cookies. However, you may visit "Cookie Settings" to provide a controlled consent.
Cookie SettingsAccept All
Manage consent